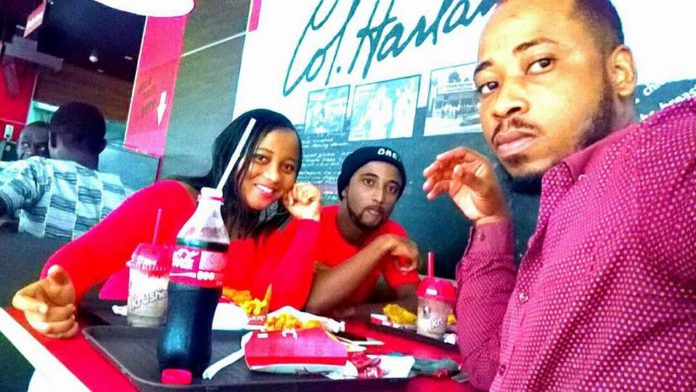 The sudden demise of the British monarch, Queen Elizabeth II, came as a shock to the entire world.

Its impact was felt across the globe and shortly after her death was announced by the royal family, lots of people took to social media to pay their last respect to the Queen.

Indeed, the sporting community also felt a pinch of the impact as all sporting activities in the UK were grounded.

The demise of the Queen elevated her eldest son, Charles, to the throne as King Charles III.

For me, it was yet another opportunity to research further to have more information about my family roots in the United Kingdom ever since I was informed by a senior colleague in the UK in one of his emails to me that I do have a tiny connection to the Royal Family.

Since I started tracing my family line back in 2009/10, there have been various obstacles that have come my way. However, as determined as I was, I never allowed those hurdles to drain me.

I have read somewhat more about King George V, King of the United Kingdom, the British Dominions and Emperor of India, who ruled from May 1910 until he died in 1936.

An Aide to King George V was Gen. Sir Robert Dundas Whigham (1865-1950), a famous British soldier, who played a major role in World War I and later served as Aide-de-camp (ADC) General to the King who also knighted him.

“Those Whighams left in Scotland continued to prosper, some of them rising to positions of high prominence.  Among them were General Sir Robert Whigham who played a major role in World War I and later served as ADC General to King George V. His younger brother, Walter Kennedy Whigham, served as a director of the Bank of England”, an extract on the Whigham Family Association’s website indicates.

However, my grandfather, a former employee of the Ghana Railway Corporation, Sekondi (popularly called Location) never saw his father. This is because, his father, the “British Army Officer” left the Gold Coast on 22nd December 1911, at the time the child was just two months old and did not return to the Gold Coast, but to Southern Nigeria.

I grew up in a community with lots of Negroes – black-skinned people. I was always curious in finding out why my father, Robert Dundas Whigham, (Born 31st July 1946) had lighter skin which was quite different from the people around me.

Three of my siblings had the same colour, except me who took largely the colour of my mother – Christiana Ackah, a retired Ghanaian midwife.

At the age of 10, in 1995 when I was in basic school class 4, I started asking my father how comes he is fair because at the time his colleagues used to call him “obroni”, an Akan name for white people.

It was this zeal that pushed me further to research my name and family when I settled in Accra in 2008. After visiting some archival locations in Ghana, namely the Public Records and Archives Administration Department, Accra, Kumasi Museum, Cape Coast Archives and Location in Sekondi, I was convinced that General Sir Robert Dundas Whigham fathered my grandfather.

However, it turned out not to be him. Apart from Gen. Sir RD Whigham, some travel documents of a certain Capt. Robert Dundas Whigham (1873 – 1950) – to West Africa from 1900 was also captured by the London Gazette. He was with the Infantry, West African Frontier Force, previously stationed in Kumasi from 1907 to 1911.

This new twist was revealed after I had written to the Royal Military College, Sandhurst asking why Gen. Sir RD Whigham’s travelling records to the Gold Coast (Ghana) have not been documented or expunged.

Extensive checks on the two “R.D. Whighams” and documents sent to me by the Royal Military College, Canada, King’s Own Scottish Borderers etc further revealed that the two officers were brothers and by extension, first cousins.