Assistant Commissioner of Customs, Emmanuel Ohene, has commented on claims that it takes a five-week window period for a single vehicle to be cleared through ICUMS – the new trade facilitation system at Ghana’s land and sea borders.

It would be recalled that the Ghana Institute of Freight Forwarders (GIFF) upon the deployment of ICUMS at the Tema Port, raised issues with the effectiveness of the new system stating that ICUMS, which was to be an improvement of the previous Ghana Customs Management System (GCMS), had rather disrupted trade facilitation and replaced the paperless clearance system with a lot of paper works, hard copy documentation, and human interference.

GIFF, among other concerns raised, noted a vehicle, due to the non-existent of the paperless port clearance system, now takes five weeks to be cleared from the port.

“We have gone back to the situation of printing all documents. There are no SLAs (Service Level Agreements) with which one can define how long the clearance process is supposed to take. It has become normal to clear vehicles within a five-week window which is unacceptable,” GIFF noted in a presentation paper submitted to the government on the challenges in trade facilitation caused by ICUMS.

But in a media engagement by the Ghana Revenue Authority (GRA) on Friday, September 11, Mr Ohene, who doubles as the Chairman of the Implementation Committee of the Integrated Customs Management System (ICUMS), addressing the issue described as palpable falsehood assertions that it takes five weeks for a single vehicle to be cleared through the new system.

According to him, it takes only a few hours for a vehicle to be cleared through ICUMS and not weeks.

Speaking further, Mr Ohene intimated that over 193,000 Bill of Entries (BoE) from March to the end of August had so far been processed with 46.02 per cent of the BoE exited and 86.71 per cent Pre-Manifest Declaration made.

With regards to revenue generation, ICUMS, Mr Ohene stated had raked in for the country some GH¢ 4.6 billion since its deployment in March through to August, 2020.

Despite the initial challenges encountered with the deployment of ICUMS – challenges which have now been largely resolved – the ICUMS has provided all stakeholders involved in port activities with the following benefits:

•Use of one system to track funds transfers through the banking system for purchase of goods in foreign and their subsequent declaration of value based on transferred money. This reduces the possibility of under valuation.

•Valuation, Classification and Declaration on a single report (Bill Of Entry); once you have nothing to petition on the report, you can go ahead to make payment at the bank, even before arrival of cargo. This reduces clearance cost and time, in line with the WCO Trade Facilitation Agreement.

•Declarant has the option to accept to pay a bill or reject to trigger an appeal process.

•Change in exchange rate will not result in post entries. 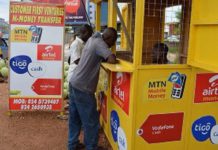