The suspects have been identified as Zakaria Hamidu 32, Hamadu Amadu 26, Osman Amadu 28, and Bukari Ali, 37.

The suspects were arrested on July 29, 2021, at the Bandankwanta mosque by community watch volunteers during prayers at about 7:20 pm.

The prosecutor in the case, Chief Inspector Abdulai Awuni, briefing the court said on the said day, suspect Zakaria Hamidu was spotted during prayers, carrying something in a bag suspected to be a gun.

He then went out to meet his accomplices; Amadu Hamadu, Bukari Ali, Osman Amadu all Fulani descents and one other person who escaped.

A search in Mr Hamidu’s bag led to the retrieval of one locally manufactured, single barrel gun.

They were apprehended and handed over to the Bole Police.

The four were charged with possession of firearms without lawful excuse and preparation to commit crime to wit robbery.

They pleaded guilty to the charges with the case adjourned to August 18, 2021. 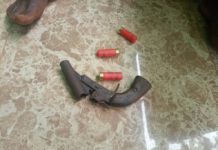 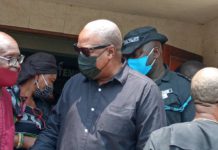