The news of a three-year-old girl’s demise has caused mourning across Nigeria, not solely for the death, but situations prior.

The news of Ada went viral on social media over her brain tumour condition which required huge sum for immediate surgery.

A go-fund-me account was created and donations trooped in, tuning a sum of N3million, equivalent to over GH¢ 45,000.

However, a of the NGO responsible for the donation broke the news Wednesday morning that the child had passed away after her mother absconded with the funds.

Explaining the situation, she said a donor insisted on paying the money to the account of the mother, adding that he’s not comfortable with NGOs.

“We initially wanted him to pay directly to the hospital, but that was not possible because 80% of the medical materials needed for the surgery has to be bought outside the hospital. Eventually, the donor credited the mother’s account, and the mother absconded with the N3m. Sadly, the child died this morning. Rest In Peace Ada”. 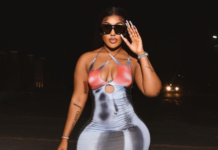