The Idibia ship is still sailing beyond all odds as 2face and his wife have been captured together.

The two were seen in the company of Princess Sen. Florence Ita- Giwa, popularly known as Mama Bakassi, who hosted them in her home to a reconciliation dinner.

There, she had a motherly chat with the couple and also helped them iron out their differences.

The coupe has now affirmed that there is no more war in their home and they took a video as evidence to their thousands of fans.

We recall that early September 2021, Annie Idibia took to her Instagram page where she attacked her husband for still having a sexual relationship with his babymama, Pero Adeniyi.

She also called out his family for not accepting her despite being legally married to their son.

The outburst earned her mixed reactions from their fellow celebrities, and fans with many condemning Annie for washing their family’s dirty linen in public.

2face Idibia publicly apologised to her a few weeks later by releasing a happy photo of them taken at an event a while back on Instagram. 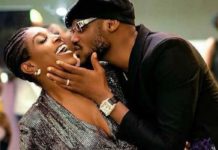 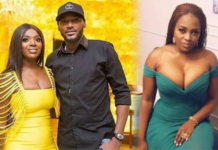 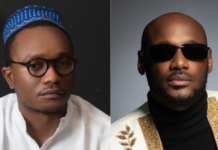 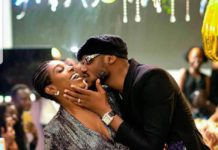