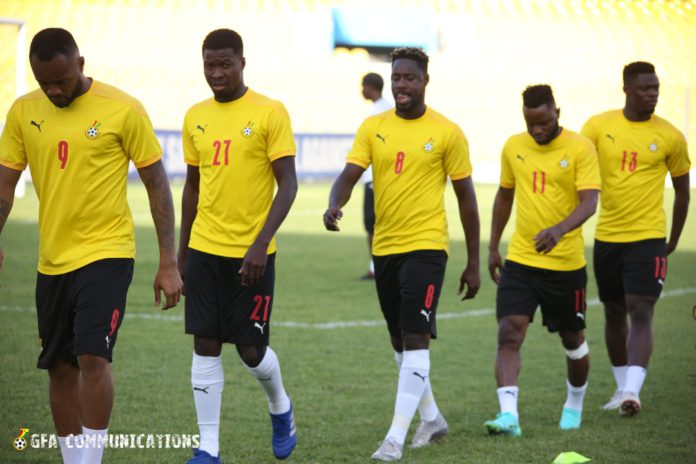 The senior national team, the Black Stars, will leave Accra today for Johanessburg for the matchday 5 games against Ethiopia in the 2022 Fifa World Cup qualifiers.

The Black Stars will depart Accra with a chartered flight.

Ghana will be hosted at the Orlando Stadium on Thursday by the Walias. The game has been scheduled to kick off at 15:00GMT on Thursday, November 11.

Some 15 players opened camp on Monday at the Accra Sports Stadium to prepare for the game.

The left-back suffered bruises on his left ankle during Saturday’s French Ligue 1 clash against PSG.

The rest of the players are expected to team up with the playing body before the team leaves the shores of Ghana.

Meanwhile, Thomas Partey, is expected to miss the game due to a groin injury.

As part of the team’s preparation, the Black Stars thumped Division One League side, Golden Kick, 5-1 in a low profile friendly match on Monday.

Ghana must win against Ethiopia and secure a win against South Africa in the final Group G games on November 14 to be able to secure a place in the playoffs. 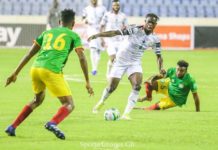