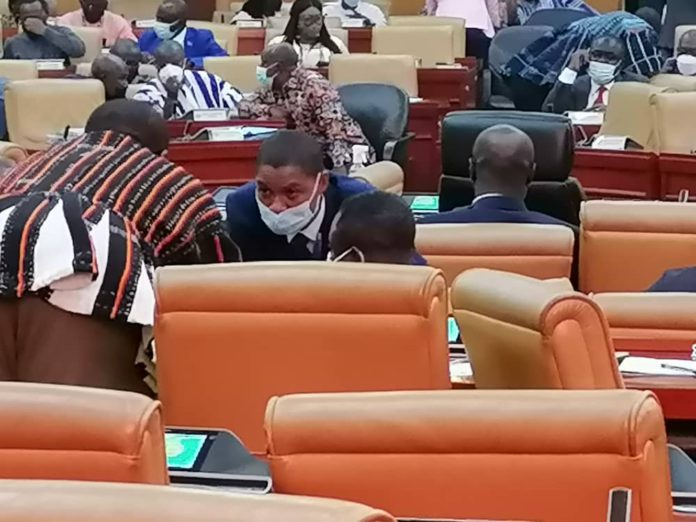 Madina Member of Parliament (MP), Francis Xavier-Sosu, on Wednesday surfaced in the Chamber to join his colleagues for the 2022 Budget.

This comes barely 24 hours after he failed to honour a criminal summons brought against him by the Ghana Police Service.

The Human Rights lawyer was expected to appear before the Kaneshie District Court following several failed attempts by the police to arrest him.

The legislator is accused of unlawfully blocking public road and causing destruction to public property when he led constituents on a demonstration.

Mr Sosu, however, failed to show up on two occasions, an absence the Speaker Alban Bagbin attributed to Parliamentary duties abroad.

It is not immediately clear whether the lawmaker was indeed out of the country as the same excuse was given for his absence when the case was called on Tuesday, November 16, 2021.

His legal team, represented by Victor Adawudu, was quick to explain. He said it simply meant the MP was performing parliamentary duties.

He assured the court the MP would show up on the next date. The case was adjourned to November 29.